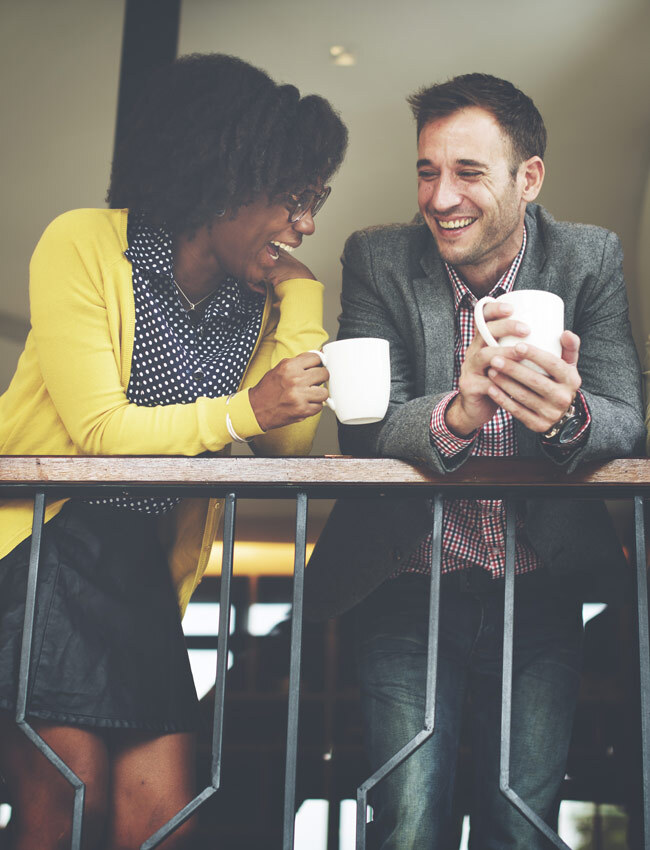 There’s a common notion that in order to get ahead you need to claw your way to the top by stomping over others. It’s this sentiment that leads ‘experts’ to suggest that you should drop friends that don’t have the same level of success. Or it involves treating business partners like commodities that you own. It even trickles down to abusing wait staff and customer service folks. Essentially, this philosophy boils down to the belief that the less people want to deal with you, the more you’ll get what you want. It’s also the exact opposite of how truly successful people act or work, in most cases.

It’s certainly the antithesis to how I live my life and run my business. Instead, I try to go out of my way to treat people well and with respect. First, because I feel it’s the right thing to do. And, second, because this has opened so many doors and opportunities for me beyond what I could have ever expected. As Valentine’s Day nears, and people give their significant others something special, it’s a good time to dedicate yourself to also treat others well. It’s not only the right thing to do, it will also help build your wealth.

Often treating others well comes back to you in small and unmeasurable ways. But other times, it can alter the course of your wealth development. I’ve gone to the same bank for years and the tellers can’t always process what I need. Sometimes it’s due to regulatory limits and other times their computers or systems just won’t allow it. When this happens, it creates a major headache for me or my business. But it happens. Rather than yelling and screaming at these otherwise kind people, I just accept it and tell them I appreciate their efforts. This has happened on more than one occasion and a few times I left the bank extremely upset due to the complications caused. But I never tried to take my angst out on the tellers - after all, it wasn’t their fault. Then, a couple years ago, I had a transaction that I desperately needed to complete. It was a big deal and I could potentially lose a life-altering sum of money. But I ran out of time. The bank was set to close. Thankfully, a bank employee I barely knew made the decision to help me out that night. She stayed a little late to complete what I needed. She did that because she remembered me (and my attitude) from past visits. She didn’t have to help that night and, honestly, it probably might have caused her some headaches. But that day, she saved me.

It was a huge lesson in the value of treating people well. But that’s just one example of how my attitude towards others has helped me. So often we talk about what tactics you can use to build your own money. Here's why simply treating people with respect and kindness can help you more than any other move in the long run.

People Will Want To Help You

Paying someone a compliment or simply thanking them for something small helps them grow their comfort level with you. This can then turn back in your favor in a countless number of unpredictable ways,

A number of years ago, I attended a networking event hosted by a young man that clearly wasn’t comfortable. He had to host the event, but the attendees were mostly off of his boss’s call list, which meant he knew few of the faces. I went over and made some light conversation, thanking him for his work. I wasn’t really looking for anything out of it other than to help this person relax. It meant nothing to me at the time, but apparently it meant something to him.

A few years later, at a similar event run by someone else, I saw him and made a point of saying ‘hi.’ Nothing more. He then proceeded to walk me around, giving me glowing introductions to the most important and powerful people he knew. A few of those conversations changed the direction of my life in an extremely impactful way. That wouldn’t have happened, except for the fact I helped him years ago.

You won’t know what will come from your kindness today. Nor should you view it as a ledger where you will get paid back in full. But little efforts can go a long way, now or in the future.

A Positive Attitude Precedes You

There’s much to be said about the impacts of being good to the people you interact with, but you also have to remember that your reputation will precede you. Simply put, people will have an idea about who you are based on how others talk about you. You’ll have doors opened, opportunities presented and relationships formed just because people you’ve never met heard something about you. It seems like such a simple causational chain to put together, but many miss these opportunities.

I grew up with a chorus of men and women telling me about my father’s kindness and intelligence. They felt it important to share that with me. As a child, I just assumed that’s how adults talk to kids. If I wanted to mimic an adult, I likely would have said nice things about your parents. What I didn’t understand at the time was that the same people saying these nice things to me were also talking to others about my father in the same way. In a small community, he had built a strong reputation of being kind and intelligent. That provided him with referrals, business opportunities and a loyal client base. Many people that had never done business with him had a very clear expectation of what their experience would be should they need to use his services.

I spent my childhood unaware of the benefits this provided. As I grew and began to learn not everyone received such praise, I could really see the benefits. I also gained from my dad’s reputation, not through nepotism, but because others in the area knew my father treated people well. I also had to ensure I treated people well, not to ruin the reputation he built. If I showed contacts that I was my father’s son with my attitude, they would be more likely to work with me.

If you form such a standing then you’re presented with more opportunities. Sounds simple, but the hard part for many is doing this day-in and day-out. I would occasionally see my father treated rudely or unfairly by others, but he always acted according to his character. In the end, that paid dividends.

Your staff and coworkers have the ability to impact your day and mood faster than anyone outside your family. You spend nearly every day with these people and the way you interact with them will determine the work ethos you create. Treating those who work with (or for) you with kindness, compassion and respect is paramount to shaping a comfortable work environment. And you can’t just pay lip service to this. It needs to become your culture.

When a coworker struggles with a personal matter, then you pick up the slack. You do this not to rub it in their face later, but simply to help. They will know the difference. You need to not only be aware of what those around you are going through but also how you can help. How do you do this? You ask. Different people’s personalities require different responses. You have to get to know your employees or coworkers in order to treat them well. What makes them happy? What upsets them? And how do they prefer to interact with coworkers?

When you treat those at work as they prefer, then your entire workplace becomes more inviting and collaborative. It’s not about who’s getting ahead, but instead everyone gets ahead. If more people do better in the office, that means your business moves forward as well. You must support people through their struggles and praise them in their wins in order to achieve long-term success.

As a business owner myself, I know that when my staff misses deadlines or has trouble completing work then I need to step in. Our goal as a company is to provide a superb client experience at all times and often that requires teamwork. If my staff expects to miss a deadline, then I pick that project up and complete it. If I have things jammed into my week, they will pick up my slack too. The entire goal: To create a happy and collaborative workplace that gives us the ability to best serve our client base. If one of us does well, then the brand improves and we all get to benefit. It can’t happen without teamwork. And you can’t have teamwork if people treat each other poorly.

But what treating your employees well boils down to is the same impulse that leads someone to show kindness at a networking event: It’s about respect. If you offer people the respect you want in return, then they know where to go when such maturity and level-headedness is required. Many people will even alter the standard way they deal with someone while working with you, simply because of your reputation. That makes it easier to conduct business, build new clients and find new investing opportunities. That builds wealth.

I treat people like this because it’s part of my character. I also recognize the many benefits this behavior has provided me and can offer anyone that does the same.

Why I Love Lifestyle Inflation

Instead of looking at lifestyle inflation like something that needs to be shunned, use it to motivate your own wealth goals.

The Four Lessons I Learned to Become a Better Boss

Here’s four experiences I had, which shaped the way I lead now.

How Asymmetric Information Can Change Your Life

When seeking out investments to profit from, everyone knows the goal: Buy low, sell high. It’s a simple enough concept, right? Well, not really. Buy low, sell high isn’t great advice, because it’s overly simplistic. If you want to understand how to buy low, sell high, then you first need to grasp asymmetric information.