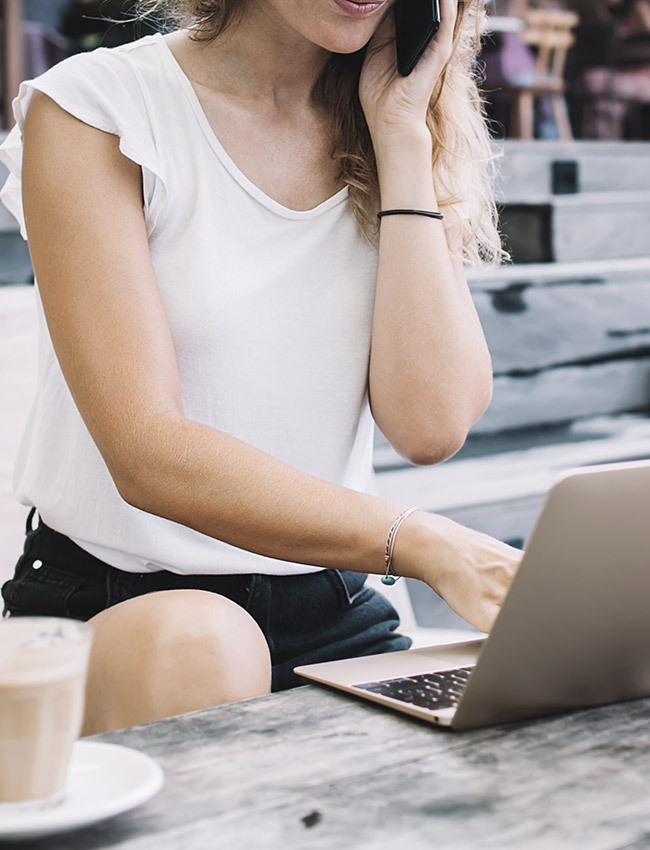 Let me make a prediction. You will start a business one day. Or a side hustle. Or a capital-intensive, active investment. Take my word for it, even if it sounds preposterous today. You will. You may not know it, but owning a small business is something that people often fall into. It comes without warning. Small business owners often find themselves running their own show after losing their job or growing tired of the dissatisfaction they have with their employer or performing a task so well that it only makes sense to run their own company.

Even if you don’t view yourself as an entrepreneur today, you still very well could become one in the future.

One of my favourite small business launches came from a client of mine. He had just gone into contract on his first home, stretching his finances to make it work. A few short weeks before he signed the contract, the home renovations company he worked for decided to close his location without warning. He had the option of relocating or losing the job. Many of his coworkers went with the company, but he had young children and a new house coming. It didn’t make sense for him to relocate.

He called me in a panic. I asked him to consider starting his own business. He looked at the numbers and called me back, saying it could work, but it would take too long to get the initial orders. He had worked for his previous employer for over ten years, so I told him to call their head office and ask for the local client list. They ended up supplying him with the list and a number of orders that they planned on canceling. Within three days, he had a business and orders to schedule and fulfill. I love this story because it happened so fast. He was a business owner in under a week!

The only way he could have accomplished this, though, was to first ensure that his finances could handle a transition into entrepreneurship. I actively try to make clients aware that they may own a business in the future. That means preparing their finances and how they view money for that future. It’s about preparation in case something happens. Here’s how we prepare.

Retirement accounts have some of the best tax advantages available. But it’s extremely common for entrepreneurs that weren’t expecting to own a business to have a large portion of their net worth tied up in the retirement accounts. It can create a problematic scenario. A cash strapped entrepreneur that has a six figure retirement account, which he doesn’t touch due to penalties involved, may find himself short on cash. It can lead to slower growth or, in the worst case scenario, an underfunded business that falls behind only to draw from the accounts well after it’s needed.

The idea here isn’t to avoid investing in retirement accounts or avoid their benefits, but rather understand their limitations. If there’s any chance you will start your own business, you should keep more of your net worth than you otherwise would in non-retirement accounts, which you can access without penalty. As your net worth and cash reserves grow, you can then become far more aggressive in funding your retirement.

A new business has no track record. The problem? Banks, credit unions, and government funded programs all need a track record to lend to you. Therefore, they look at your personal credit score to determine your lending profile. One credit union I often work with has a sliding scale for new business funding, providing stronger terms to founders that have high personal credit scores.

Since cash is paramount for a new business to operate effectively, lenders view new business accounts, owners and their founders as high risk. Thankfully, most lenders offer programs that help new business when they open. The programs come with a caveat: The best ones end within a few weeks of opening. For entrepreneurs forced to open on extremely short timelines, this means you won’t have a chance to improve your credit score before the programs time out for you. As an employee with a salary or regular pay, keep a high credit score by paying your debt on time.

Learn How to Raise Money

When talking about raising money, people think about going on Shark Tank or sitting in front of a venture capital group asking for millions. In reality, for most new small businesses, raising money looks more like asking a friend or relative for a few thousand to buy a piece of equipment or fund last month’s rent on a new space.

When it comes to borrowing, be extremely clear on what you need, why and when you’ll pay it back. Then, stick to your word. If you borrow money for equipment, do not use that money for rent. If you promise to repay it on the 15th, hold true to that day. The consistency will ensure you maintain a strong relationship with someone who has helped you and could lend more aid in the future.

Have Investments You Can Sell

You must understand when you put your money into an investment, how you can get the money out. When people think of investing, they’re often considering stocks and bonds, which are easier to cash out. Keep in mind, in traditional investing structures, avoid highly volatile assets that could drop significantly right when you need them most. As a possible entrepreneur that moment could come when you first go to open or when you have your first cash flow issue. You never know, so you want to assure most of your funds will be there when you need it.

Investments that aren’t as easily accessible in a pinch are those you place in a rental property, other real estate or within a privately held company. Not only does the process of cashing out take much longer — months even — you might have to cash out before your investment can make a return.

When you have a consistent pay, it’s relatively simple to manage a budget and cash flow since you know when the money will come. As a business owner your income, expenses, taxes and capital purchases become much more fluid. As times goes on, you’ll have to make adjustments to cover short falls and come up with extra cash to support business growth. There’s no better time to build that emergency business fund than today when you have that consistent cash coming in.

It may sound counterintuitive, but you may not want to fully optimize your pay when you work for an employer. Instead, you’ll want to build future flexibility in your current finances, so if you do go out on your own, you have the funds available. By holding more money in short-term investments or cash, you’re setting your finances up for greater efficiency when you decide to hang up your own company shingle.

This is the future entrepreneur’s version of an emergency business fund. It’s a safety net to allow your entrepreneurial ambitions to flourish when you feel as if the time is right. To do so, you may keep more of your net worth accessible in the short-term investments than the "simple math" would dictate.