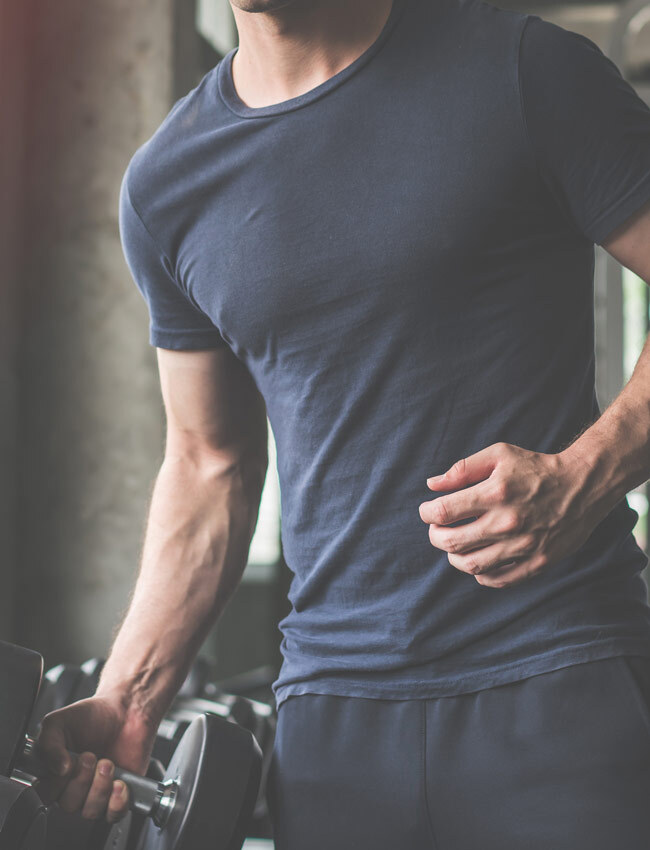 When I made the decision to pursue professional hockey at the age of 24 - nine years after I had quit my youth hockey team - I was woefully out of shape. As they say, it’s a young man’s game, so I had to make changes fast. And I had a lot of changes to make. I lacked strength, cardio or even a good diet, to name just a few of my physical shortcomings when compared to a professional athlete.

The few people who knew my ambitions to play in the pros told me I had no shot of actually achieving the goal. They said this, not just because they had never heard of someone doing so, but also because my physical condition did not match the players they watched on television. I did have one trick up my sleeve, taking a tactic that they didn’t, yet, understand. This tactic would allow me to lace up my skates and glide into a professional game in one year.

Instead of attacking the problem of my training as if I wanted to lose a few pounds by avoiding dessert, I dove into what tactics would help me achieve the goal the fastest. I had to figure out what types of trainers and training could best shape my body into one that could at least get me over the initial hurdle - the physical test - of playing professional hockey. To do so, I used asymmetric information, or insights where I could speed up the process by shedding unnecessary demands. Whether you’re using asymmetric information for something extraordinary, like playing at the professional level, or simply to launch a side-hustle, understanding how you can use certain knowledge that others lack will speed up the potential for you to reach your goals.

In this case, I paid for much of my asymmetric information. I didn’t have training knowledge, but I found trainers that did. This helped to speed up my goal, since I paid for their insights instead of learning it myself. I didn’t have time to learn the complex ins-and-outs of sport and physical conditioning; I was already years behind. But by outsourcing this process, I managed to go from my out-of-shape self, to almost-passable on a professional rink.

Through that year, and even after I finally landed on a team, I would move from trainer to trainer, finding the one that could better help me achieve my goals. By going this route, I not only gained the knowledge that the trainers had, but I also had someone by my side that believed I could accomplish what I wanted to achieve. That’s a powerful boost, when building or striving for something others doubt.

My goal was to turn my dream into a reality as fast as possible without compromising my competing goals of building my company and wealth. This is how I did so, tapping different trainers for different goals.

My first trainer I used ran a one-on-one studio. He was the most expensive, yet the least specific to hockey of all the trainers I would hire in my process. He was also one of the best.

I came to him because someone I knew had lost a lot of weight through his tactics. While I didn’t know much about how to achieve my goal, I knew I had to lose some weight. This trainer was also a former competitive long distance runner turned bodybuilder. This gave him a very diverse level of insight, one that appealed to me considering what I needed to achieve. It didn’t hurt that the studio was private, saving me some early embarrassment considering my lofty goals.

The main workout generally centered around the use of body weight exercises on a vibration plate (or vibrating platform) followed by high intensity interval training (HIIT). This would be squats, push ups or isometric holds on a vibration plate. He felt these exercises would provide a faster path to strengthen tendons and small muscles that had long been underdeveloped by me. Then the session would shift to a bike or treadmill for sprints or some variation of a jumping routine.

I had little to no cardio or strength so the entire goal of these workouts were to build my base as fast as possible without injury. This allowed my body to adapt and change quickly while keeping me healthy and active.

This was such a good spot to start training for me. Over the course of a few months I lost significant weight, increased my strength, developed much better cardio and, most importantly, stayed injury free. I gained from the activity, allowing for longer ice sessions, but it did not include hockey specific training.

My first trainer had done an excellent job of taking me from zero to comfortable in the gym, but I lacked confidence on the ice. I now felt confident enough in the strong base I had built to start working on hockey specific exercises.

It turns out, though, there’s no such thing as sport specific training. Second, sport specific training is very much understanding physical needs, imbalances and areas of extra concentration for top level performance. That’s what I found from my so-called hockey trainer. The person ran a high performance gym that specialized in working with hockey players in an arena and offered an on-ice program. Quickly, I learned that my new “solid” base was still not enough to perform at a professional level. Also, I learned that my previous training had missed many functional movements required for hockey.

Instead, this trainer heavily prioritized balance. This included having balance to stand up on ice correctly, as well as balance between the left and right sides of the body. One of the first things I learned was that the way hockey players hold a stick automatically creates muscle imbalances in the body. Correcting this through isolated and single side movements was an important part of the philosophy. Single-side rotational movements with work-out bands, series of jumps starting or landing on a single foot and weight lifting that isolated one side of the body were strategies he used to correct these imbalances.

The second focus of this trainer was movement drills. Changing directions right to left, forwards to backwards or running in a circle were daily tasks. Often we would have pylons shaped in a triangle, which we had to run through, often changing directions as we did. These patterns were designed to center my gravity. You need to center yourself to make quick directional changes. This was very hockey specific and translated directly into on-ice performance. We would talk a lot about shin angles. Loading your weight onto your hips and knees correctly would give your shin angle the ability to springboard into a new direction.

The main issue with this trainer was one of logistics. I lived hours away from the gym. The time and financial commitment was too much for an extended stay, so instead I worked out with their pro-level summer camp for almost three months and then found someone more local to me.

I moved back home, looking for a suitable trainer to continue my progress. Through word-of-mouth, I found a local trainer that worked out of his garage with top level pros. When I reached out, explaining my goals, he placed me in the hardest training level he had. This trainer was a university-level football player who took an approach I had not experienced yet: He essentially killed you in workouts, expecting your body to catch up. A very similar style to what you see many high level football teams train like and one that will quickly get you into shape, which I needed.

A typical training session would start with a dynamic warmup difficult enough that it felt like a full workout. Then we would do a few sets of muscle prep, which is a light workout or movement of a muscle group we would soon target. Following this, we would do one of the big three lifts: squat, deadlift or bench press. Then into a very targeted isolation lift for whatever muscle we would exhaust that day. It would finish with a strength test that would shock your nervous system, causing extreme pain and tension, whether it was sled pushes, interval sprints, or some sort of bodyweight exercise that we had to do until our body couldn’t go anymore. These finishing exercises were more mentally taxing than physically so, and it pushed me well beyond what I thought my physical limits were.

This sort of training was not sport specific, but rather made me more of a physical powerhouse. It would increase my speed and strength and build the mental resilience I needed to perform at a pro level.

He trained me to be physically capable of doing things that most players I competed against could not. I was not as strong of a skater (that takes years to learn) but I was now powerful enough to mask that. I may not have been as aware on the ice, but I became strong enough to fend off defenders that took me by surprise. It gave me an advantage. That advantage was the final piece I needed to get me to the pros.

After working with three different trainers while pursuing my goal of playing pro hockey, I ended up on the ice almost a year to the day that I first began my journey. My first trainer took me from off the couch and into the shape I needed to enter a pro hockey group training. My second trainer taught me all the nuances of the body. I learned how to develop speed, change directions and control my weight. Between those two strategies, I lost about 40 lbs and started to see muscle definition. My third trainer then took me a different direction, adding nearly 15 lbs of muscle. This gave me the final edge I needed to break into the pro ranks. If I couldn’t outplay you, then I would out-muscle you.

Using asymmetric information and these measures, I was able to enter a pro locker room for the first time, no small feat for someone starting to train when I did. I would need years to fully develop into a quality pro player, as that bar is extremely high. But I used these trainers’ backgrounds, knowledge and skill sets to get me into the game as fast as possible.

From there, it was a matter of putting in years of work, which would continue for nearly a decade, to prove I belonged.

I achieved a dream that many people have: playing a professional sport. So as the NHL kicks off its season, I want to take an opportunity to detail how I managed my successful business while also building a professional hockey career.

How Asymmetric Information Can Change Your Life

When seeking out investments to profit from, everyone knows the goal: Buy low, sell high. It’s a simple enough concept, right? Well, not really. Buy low, sell high isn’t great advice, because it’s overly simplistic. If you want to understand how to buy low, sell high, then you first need to grasp asymmetric information.

In the time of Covid, what you outsource and how may slightly change. But the thought process remains: If you can do less of what doesn’t provide you income or joy, then you will have more time for those things that do.