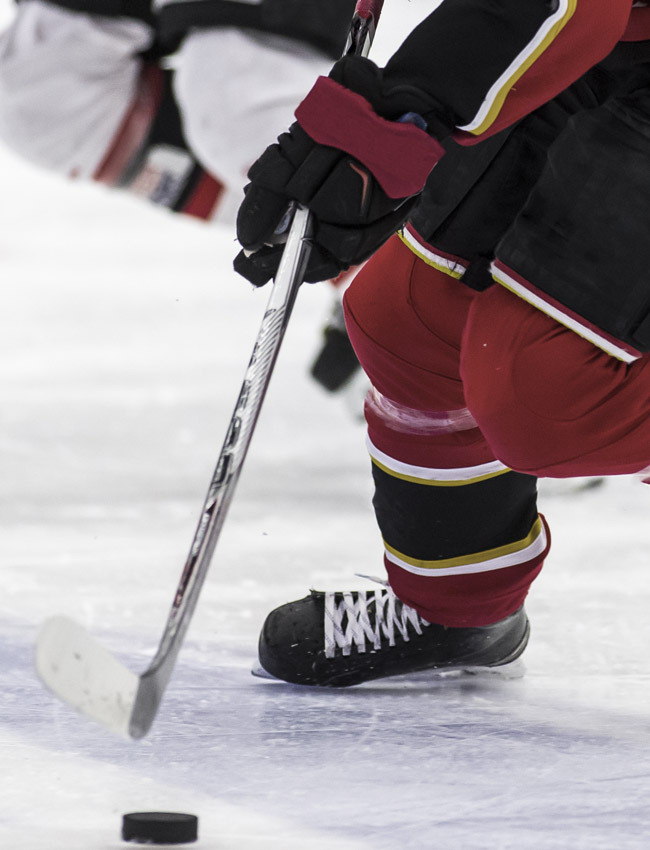 As the National Hockey League begins its season this week, it also marks the first year I haven’t played professional hockey in 10 years as I officially retired in March 2020. If you didn’t realize I played at the pro level, don’t worry, you’re not alone. I didn’t have a traditional journey to the pros and there wasn’t much fanfare for when I retired. But it’s an experience that I cherish as it was a culmination of a dream that many have, but few pursue.

I didn’t reach the pros because I was a hockey prodigy. In fact, I didn’t become a professional hockey player until I was 24, and only after I had gone to school, entered finance and started multiple businesses did I begin my journey to the pro ranks. And the entire time I played in the US and Europe, I had to manage my businesses at home.

Despite the long nights and personal costs, I achieved a dream that many people have: playing a professional sport. So as the NHL kicks off its season, I want to take an opportunity to detail how I managed my successful business while also building a professional hockey career.

How I Rose To The Pros

I originally gave up on hockey as a career in my teens; not that I ever really had a career, but I did play competitively for most of my life, including one provincial (or regional) championship. After I quit, I continued to play recreationally for the next few years just like most teenagers that give up a sport. In the years that followed, I went to university and opened a clothing store shortly after graduation, all the while playing recreationally when I could.

A couple years later, I decided to get an MBA with a Sports Administration focus (a requirement in order to obtain scholarship funds). While obtaining my MBA, I also turned my clothing shop into a chain of stores, which I managed while also going to school. It’s a schedule I can hardly fathom now, nor recommend. After school, I decided to transition into a finance field, as I had rendered myself redundant in my clothing stores as a way to take on my masters. My finance career started very strong. I would eventually launch my own firm, what is now WLTH, and I soon had so many things I once desired. I had money, security and time. In effect, I had completed my career goals by my mid-20s. This also left me a little rudderless. After all, what do you work on, when you’re staring down 40 more years of a career, if you already reached many of your primary goals? A bit lost, I did some soul searching. What would I do if I had the time and the money to do whatever I wanted? As a good Canadian kid, I wanted to play hockey; not just for fun but professionally.

Using many of the skills I learned in my MBA program and some of my Sports Administration knowledge, I reached out and networked where I could, which only opened the tiniest of doors. Second, I started to work out like it was my job (because that was the goal) and spend time developing my ice skills. This would eventually launch my hockey career.

Through this training, I landed on teams in small markets all over the world, with very little stability or job security. If I wanted to keep my finance business going, I had to make some huge changes to how I managed the company. Here’s how I ran the firm, while also enjoying the thrill of playing professional hockey about 9 years after I originally quit the sport in high school.

There were so many times I wished I could sit in on a meeting my company was taking or insert my control over things more, but I couldn’t while living out of a hotel room in Sweden with only 20 minutes before catching the bus for a game.

My first professional stint was in the US, often on teams within a single day's drive of where I lived (I knew this, because whenever I got cut from a team, I had to drive home). Unfortunately, that happened often enough that business continuity wasn’t much of an issue at the beginning. It’s a fact for anyone trying what I tried. You will get cut and move teams without any control, so I didn’t dwell on it. Instead I would immediately begin searching for my next spot.

As my durations with teams started to increase, I knew I couldn’t manage on my own. I needed someone I could trust who was knowledgeable enough to take on the role of meeting my clients and giving them a top-notch experience. This originally was harder than I expected as I wanted to control every situation, but it doesn’t work that way while running a business from afar. I had to learn to trust the good people that I hired. When you find someone good, bring them in and let them grow into their own role within your company. It might not be exactly as you would do it, but it also might work better in some instances.

What I found, come the offseason, was that the business became stronger while I was away, simply because my team had developed in their roles since they had room - and a necessity - to develop.

No matter where you play or where you go, when managing your business from afar, you need good wifi and a strong cell phone plan at all times. Now that I had someone running my company in a more permanent role, if they needed to communicate with me, I needed to be accessible. This was true, even when a teammate had a bad night and destroyed the wifi router. This was true when a neighbor that I shared the internet with (under his name) left for a few days and the internet dropped. This was true when I needed to receive a large document to my computer while on a 5-hour bus trip through the Swedish countryside.

When I left the country, the burden of the cost of long distance was on me. Not only did I need access to my emails, texts and phone calls, but I had to keep that access at all times. When you become location independent, you then become extremely tech dependent. I have had many situations where the place I stayed would have wifi go down for a few days or a week at a time. I couldn’t let my business go unattended for a week, just because of a wifi issue. There were multiple times where I had to obtain SIM cards for other networks and price out complex phone plans in other languages. In one instance, I needed the German postal service to verify my identity to get a phone to work. Not one bit of the German system had English in it and if I left the webpage - like, as in to translate a word - it would reload. While I ran up some wild cell phone bills making sure my business continued to run smoothly, it also provided a lesson in looking deeply for other options and managing the issue on the go.

As my career moved from the US to Europe, two things happened. First, we practiced a lot more. The schedule often included daily or twice daily practices and additional gym sessions. In the US you tend to travel and play on weekends with practice early in the week, which left plenty of time during the week to manage my company. Second, in the US, there was less concern for the time differences. That changed in Europe, where I dealt with five- or six-hour time differences, depending on where I was and the time of year.

When we practiced at night, I often would go back and schedule meetings with clients or work well into the early morning. It was what I had to do to make the schedule work for both the team and the business. My personal comfort took a back seat, because I prioritized the experience and the business, which often meant less rest for me. But it was worth it. Often team leaders would change our schedule on the fly, as they saw fit. There wasn’t much I could do, other than adjust. It was either that or give up my dream of playing. That thought, though, never entered my calculus in adjusting my schedule.

While managing under this unique circumstance, I learned to think outside the box. I began to make more managerial decisions on the fly, and more than once, I took important phone calls from a bathroom stall between periods. Managing multiple commitments becomes a chore on the worst of days, but you learn to adapt to the speed in time.

But it also changed the way I viewed the world. My two completely separate lives - hockey and the business - would overlap in some fascinating ways. For instance, I could take information I learned at a team building exercise and apply that to my staff. Or I would use my growing management abilities to better connect or understand teammates. But I also learned from my teammates, fans and management about the world, asking them questions about their country. I learned, from their view, why things were the way they were in a specific country. Who decided the norms and what was their motivation? They explained the politics of the sports industry or the country we played in. I learned about the team sponsors. All of this broadened my perspective, which only helped me see a bigger picture when analyzing my company or my clients’ portfolios. It took me out of my Canadian upbringing and truths that I had accepted, only to realize in other parts of the world, they’re not truths at all.

If you want to launch a professional career or dream career as you work or manage a company, you need this perspective. Because even the very act of trying something remarkable, like playing a professional sport while managing a company, is rejecting truths that you learned as a child about when and how you work.

This humbles you, providing the space where you can grow and expand your tactics to make the dream - whatever that dream is - a reality.

The Four Lessons I Learned to Become a Better Boss

Here’s four experiences I had, which shaped the way I lead now.

Four Things To Consider When You Hire Your #2

If all goes well in your business development, then you’ll have to eventually hire a strong right hand. While this may fill you with concern, consider it instead a momentous occasion.

In the time of Covid, what you outsource and how may slightly change. But the thought process remains: If you can do less of what doesn’t provide you income or joy, then you will have more time for those things that do.